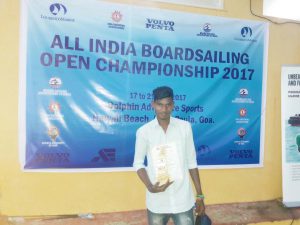 Bhubaneswar: Most of the viewers of Kalinga TV witnessed the Twitter spectacle on June 17, when politicians sought to beat each other to prove a point that they care for the plight of needy people. Yes, it was just limited to Twitter as it seems to be now.

It all started in the month of May 2017, when KalingaTV Twitter Handle (not TV Channel) personally took up the case of D Sekhar Rao, son of a Tea Seller, who proved his mettle to qualify for an international wind surfing event, but lacked the funds to take things forward.

The SOS sent by Sekhar was carried by KalingaTV Twitter Handle and immediately responded by Athagarh MLA Raja Swain. We don’t want to club him in the list of politicians who love to take mileage. Raja Swain personally ensured to contact Sekhar Rao and got an application (prayer petition) from him. 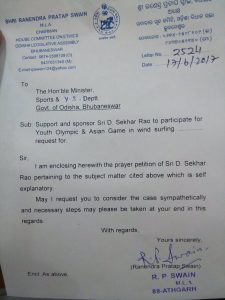 When the Athagarh MLA finally completed all formalities and forwarded the application of Sekhar Rao to Odisha Sports Minister Chandra Sarathi Behera, who immediately responded on Twitter to get the accolade as well mileage, but forgot to act.

When KalingaTV reminded the Minister on Twitter on Saturday, his response was “Definitely we will help him but first at least he should reach us”.

It was no less than a shocker! What the Minister expected. Sekhar already wrote the prayer petition. MLA Raja Swain forwarded it to the Minister along with his own inputs. Still, Minister Chandra Sarathi Behera waiting for Sekhar to reach him!!! Or, did he forget the issue in the last two months?