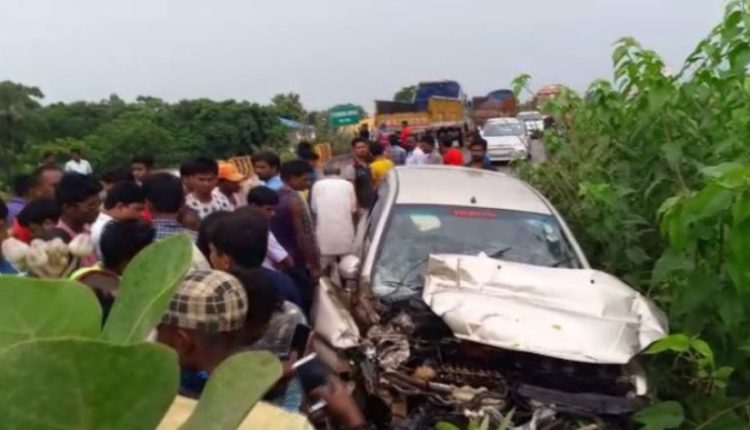 The injured have been identified as Sinroi Majhi, Ranjit Mahant, Lalit Majhi and Trilochan Mahant. Reportedly, they all hail from Dhanurjaypur under Patana police limits.

As per reports, there were four people travelling in the car. Due to the head-on collision, two were left critical and the other two suffered minor injuries.

All four of them were transferred to nearby Ghatagaon hospital for treatment.

Ghatgaon Police arrived on the site of the accident and have begun an investigation. They have also seized the vehicles involved in the accident.