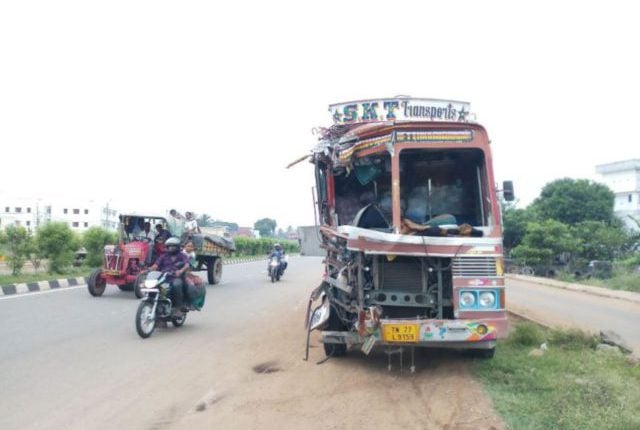 Berhampur: Two persons were killed and one injured in separate road accidents in Odisha’s Berhampur today.

A driver and the helper of the truck was killed as a goods laden truck hit a truck from behind near Haldiapadar Chhak on NH-16 in Berhampur today killing both of them on the spot and leaving one injured. The truck was enroute to Andhra-Pradesh from Bhubaneswar.

Later, the locals rescued and rushed the injured to MKCG hospital in Berhampur

On being informed, Golanthara police reached the spot and recovered the bodies and sent it for post-mortem and have started their investigation.

The deceased identity is still unknown.

In a similar incident, another stone ladden truck who lost control over its wheels and skid down the road nearly 10-feet near Lanjipali by pass in Berhampur. No one was injured in the accident. 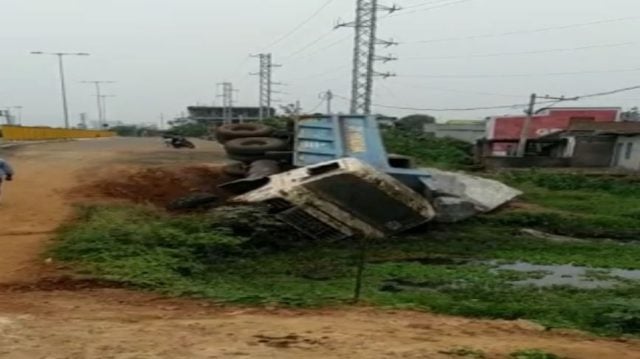