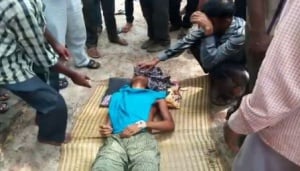 Balasore: Two brothers, including a minor, died after a snake bit them at Kanchhapada village under Simulia police limits in Balasore district on Sunday.

Prafulla Mishra’s two sons Jasobanta (18) and Bharat (11) were serious after an unknown poisonous snake bit them while they were asleep late on Saturday night.

The duo was admitted to the Bhadrak hospital where the elder brother died. Later, the younger brother was referred to Sishu Bhavan in Cuttack. But unfortunately, he too breathed his last while undergoing treatment this morning.

A pal of gloom descended on the village following the unfortunate death of two members of the same family.