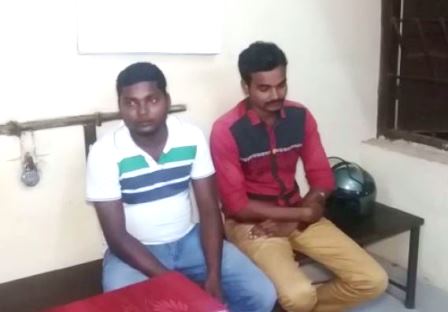 Baripada: Taking serious note of the viral stripping video case, Mayurbhanj district police on Thursday arrested two accused involved in the incident. The accused have been identified as Motilal Mahanta and Deepak Mahanta.

The police swung into action after the father of the minor girl filed an FIR in Baripada Sadar Police Station and arrested the accused from the Jyotipur near the district headquarter. However, the third accused is still at large.

During the investigation, the police found that the accused had shot the video on April 4 while the girl had gone to a park along with one of her friends near Pratappur.

A day after the video went viral on social media, it was alleged that the incident took place near Jayadev Vatika in the capital city. Twin City Police Commissioner YB Khurania earlier today clarified that the video was shot in Mayurbhanj.

Police said that efforts are on to trace the absconding accused.