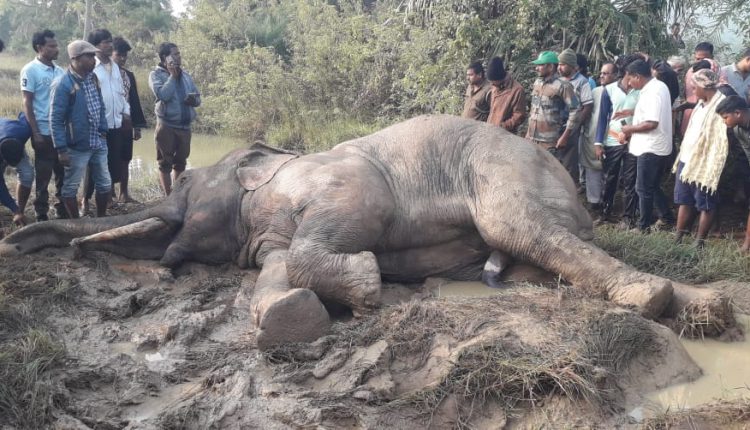 Khordha: With no respite in sight from wild elephant death in the State, a tusker was found dead near Rameshwar Chhak under Tangi forest area in Khordha district yesterday.

The jumbo death came to light after some locals came across the carcass lying in a farmland located around 100 meters away from National Highway-16 last evening. They immediately called up forest officials and reported the matter.

Forest officials have seized the jumbo carcass for autopsy after reaching the spot and are trying to ascertain the cause of its death.

As per the locals, a herd of wild elephants had sneaked into the Rameshwar area yesterday morning, the dead jumbo might have separated from the same and later died due to some reason.

Govt to further dilute stake in RITES via OFS