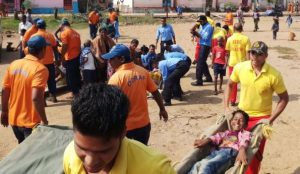 Bhubaneswar: A tsunami mock drill is underway in six districts of Odisha coast, as a part of nation-wide drill in the eastern coast of the country.

The mock drill began at around 10. 00 AM in the coasts of Balasore, Bhadrak, Kendrapara, Ganjam, Jagatsinghpur and Puri districts.

The Government asked the people in said districts not to be panic over the mock drill, which would simulate tsunami waves originating from a high-intensity earthquake near the Andaman and Nicobar Islands.