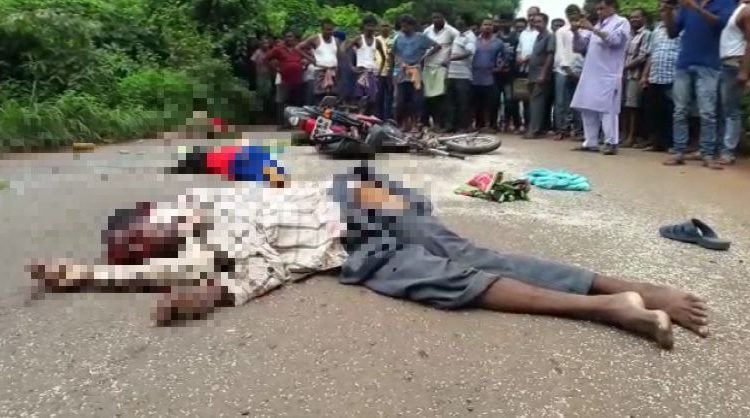 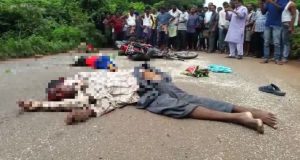 Pallahara: In a heart wrenching road mishap, three persons of a family, including a minor and a woman, were mowed down to death when the moped they were traveling on was hit head on by a speeding truck on NH 49 on Kantala Square near here on Friday.

The deceased have been identified as Ditia Nayak, his wife Chahata Nayak and their minor daughter Kajal Nayak of Shimilipal village.

The fatal accident occurred when a speeding 10-wheeler lorry struck them head on while the family was on its way to Pallahara riding a TVS XL moped this morning. The impact was so serious that the victims died on the spot and the moped got completely mangled.

Angry locals detained the truck driver, who tried to flee from the spot following the incident, and staged a road blockade keeping the dead bodies on the NH demanding compensation.

Police had reached the spot and arrested the truck driver.