Truck driver shot at by looters 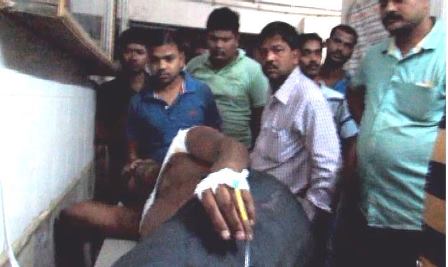 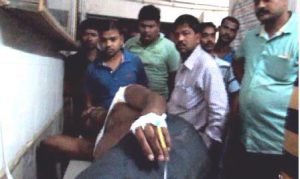 Nayagarh: A truck driver was shot at by a group of miscreants in a bid to loot him leaving him critical in Sanagorada village under Sarankul Police limits on Monday.

The driver, who has sustained bullet injuries in the attack, has been identified as Sarat Nayak.

Sarat was driving a cement-laden truck when two Scooty-borne miscreants intercepted his vehicle near Sanagorada village and opened fire at him this morning. Sarat received two gun shots on his right shoulder and hand but kept driving despite the injury and managed to give the looters a slip.

He was rushed to the Nayagarh DHH and then shifted to Bhubaneswar.

Sarankul Police have reached the spot, seized the truck and started an investigation into the incident.