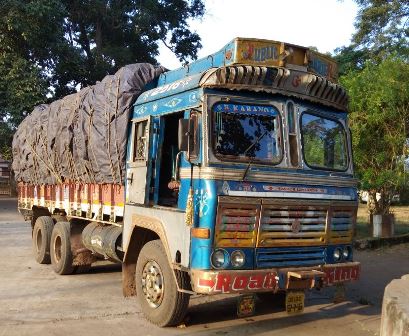 Malkangiri: In yet another crackdown on illegal paddy transport in the district, food supplies and consumer welfare department officials seized at least 400 sacks of paddy after raiding a lorry truck in MV-90 village last night. The truck was carrying paddy sacks to neighbouring Andhra Pradesh from Kalimela area. One person was also taken into custody during the raid.

“The raid was conducted following an order for the same by the District Collector. It has come to notice that unscrupulous brokers are transporting paddy to Andhra Pradesh from here after purchasing them at a very cheap rate from innocent farmers. More such raids would be conducted in the area in the coming days,” said Manoj Pradhan, Assistant Civil Supplies Officer (ACSO), Kalimela.