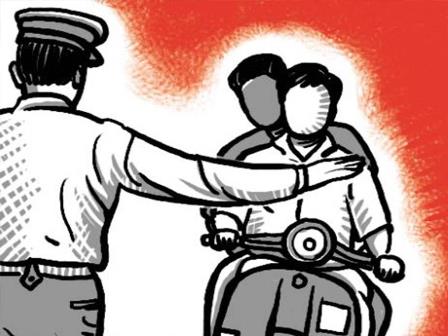 “We have started an investigation into the incident after a complaint was filed in this regard. The accused persons will be arrested soon,” promised the DCP while meeting the members of the Constables and Havildars union this morning.

The members of the Constables and Havildars Union met Singh and sought the immediate arrest of the attackers and transfer of the Traffic Official who was in charge of the traffic management at the time of the incident.

Five unidentified miscreants of a particular political party had attacked one Surendra Jank, a traffic constable, while he was on duty to regulate traffic ahead of Chief Minister Naveen Patnaik’s visit to Trishulia for inauguration of the Netaji Shubhas Chandra Bose bridge on River Kathajodi yesterday..

According to reports, Jank had intercepted the miscreants after they violated traffic rules while going to attend the inaugural ceremony. On their way back from the function, they beat the traffic constable mercilessly.

Surendra was rescued by other traffic officials and was rushed to the SCB Medical College and Hospital in a serious condtion.