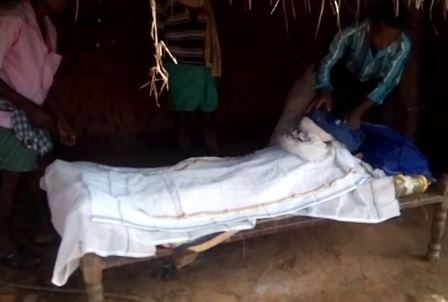 M.Rampur: A man and his son died after consuming toxic liquor at Pirulamala village under M.Rampur police limits in Kalahandi district on Wednesday night.

The deceased have been identified as Dhanasa Patra and his son Baidyanath Patra.

According to reports, Baidyanath, along with his kin, had consumed the liquor he had bought from a nearby village. Soon, they complained of stomach ache and started vomiting. While Dhanasa died in the house itself, Baidyanath breathed his last while undergoing treatment at the Balangir district hospital. Though the exact cause of their death is yet be known, it is assumed that they died due to poisonous liquor as they fell sick soon after drinking the wine.

Tension prevailed in the area following the incident. M.Rampur police has initiated an investigation into the matter.