Three of a family, driver killed after car rams roadside tree in Odisha 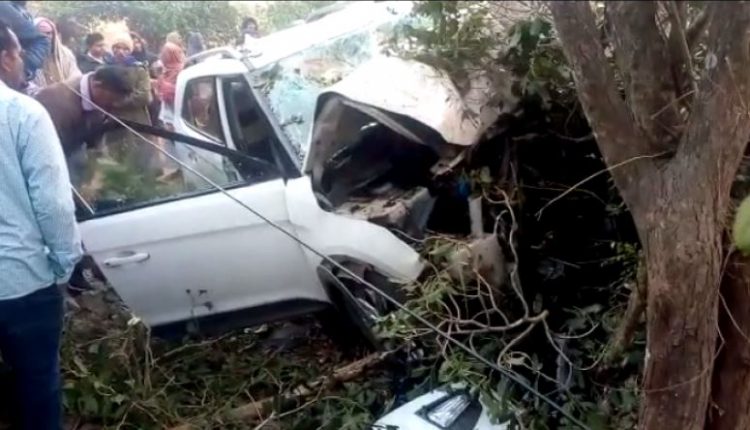 Nayagarh: In a tragic incident, three members of a family and the driver  were killed after the car they were travelling in rammed into a roadside tree near Karada under Saranakul Police limits of Odisha’s Nayagarh district late last night.

The deceased have been identified as Chiranjibi Sahoo, his wife Madhusmita and son Aditya and driver of the vehicle, Santosh Nayak.

According to reports, the family was returning to Nayagarh from Bhubaneswar when the driver lost control over the vehicle, which dashed into a roadside tree.

It is suspected that the driver might have dozed off when the mishap occurred.

Hearing their screams, locals rescued the victims and rushed them to  the District Headquarters Hospital (DHH) here, bit doctor declared them ‘brought dead’.

On being informed, police reached the spot and launched a probe into the matter.