Three Crushed To Death By Passenger Bus In Odisha 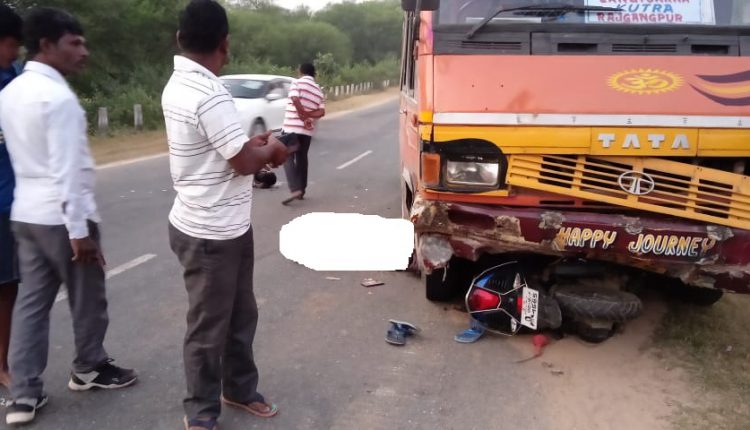 Sundargarh: Three persons were killed after being run over by a bus near Laxmiposh in Rajgangpur area of the district today.

As per reports the victims were travelling on a scooter when a passenger bus hit them. “All of them were run over by the bus. Two of  the deceased died on the spot while the other youth succumbed to his injuries at the nearest hospital,” said a local.

Police said that the bus was on its way to Dalki from Kutra. “We are trying to ascertain the identities of the deceased. We have also started an investigation into the incident,” said a police official.

Tension prevailed in the area following the incident. Locals staged a road blockade demanding adequate compensation for the victims.

Also Read: Youth Who Jumped Off Building During Theft Bid In Bhubaneswar Dies

Use this App to drive away rats from your home