This giant python’s video will shock you for sure, watch 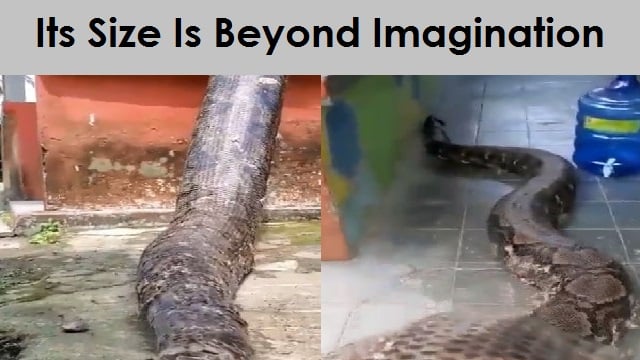 In the world of internet, now days nothing is remain hidden or unknown to people across the globe. Even sitting at one place, information related to the world can be seen and heard. Nevertheless, there are many such mysteries of nature, which cannot be claimed to be fully aware. New creatures, and events come to the fore and everyone is shocked. In this story, such a creature is being claimed to be captured in the camera which appeared many times more of its actual size.

IFS Sushant Nanda shared a video of a giant python on Twitter account, which everyone was shocked to see. The question popped up in people’s minds, is this real? Sushant Nanda himself wrote that “I had seen many photo shopped videos… But this was a photo shocked one to me.”

After the video was shared on the Twitter by the IFS, most of the people have only one question whether it is real or it looks very large due to the camera. Actually, you will also be shocked to see the length of the python that is visible in the video.

I had seen many photo shopped videos…
But this was a photo shocked one to me 😳
Via Escribano pic.twitter.com/y6E0uTIAfx