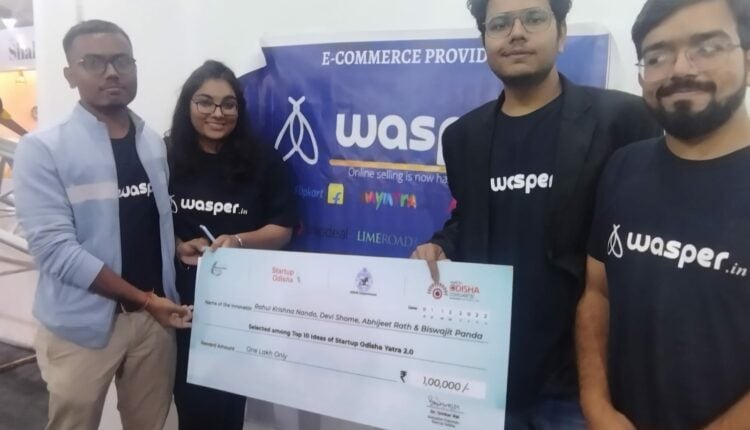 Bhubaneswar: Aiming to increase investment and possibilities for start-ups in the state, the Make in 0disha Conclave 2022, which began on November 30, 2022, is anticipated among other things, support innovation and growth in the state’s start-up ecosystem.

According to reports, Wasper won the Best Startup Award at the Make-In-Odisha Conclave held at Bhubaneswar’s Janta Maidan. The start-up was incorporated in September 2021 by Rahul Nanda, Devi Shome, Biswajit Panda, and Abhijit Rath. This e-commerce enterprise has given internet presence to numerous businesses, including Vivmense, ATC, Oromax, and Venkatesh.

As per reports Wasper is the youngest startup company that reportedly won a cash prize of Rs one lakh and a certificate at the Startup Yatra 2.0 at the Make in Odisha Conclave at Janata Maidan.