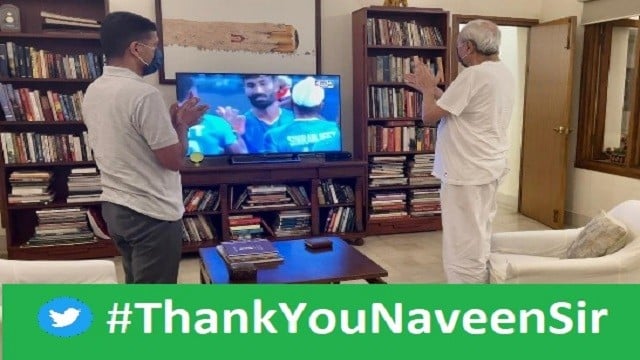 Bhubaneswar: The Indian Hockey teams, both men and women have been setting records at the ongoing Tokyo Olympics. While the men’s team entered the Olympic semifinals after a 49-year gap by defeating Great Britain 3-1 yesterday, the women’s team entered Olympics semifinals for the first time after beating Australia 1-0 today.

Meanwhile, #ThankYouNaveenSir has started trending on Twitter following Indian Hockey teams’ entry into semifinals at Tokyo Olympics as the Odisha government is promoting the sport while Chief Minister Naveen Patnaik himself has been encouraging the players.

Most importantly, Odisha government is the sponsor of the Indian Hockey teams, both men and women for five years since 2018.

Odisha is the only state that is promoting a national game in the entire country. Odisha is the cradle of hockey and the state government is putting a premium on hockey to help India regain its dominance in global hockey, which is why #ThankYouNaveenSir was seen trending on the Twitter today.