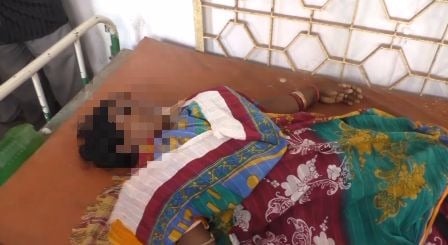 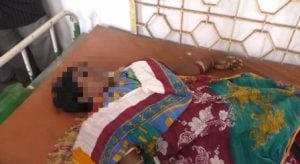 Jagatsinghpur: Tension erupted at the Jagatsinghpur District Hospital (DHH) on Tuesday after the medical authorities’ showed reluctance to conduct autopsy on a woman’s dead body following an argument between her in-laws and her family members over the cause of the death.

The unusual incident took place at the DHH after one Itishree Das of Gobinda Pokhari village died while under treatment at the hospital for some sickness. Itishree, who was married to Pabitra Mohapatra of Gothina village two years ago and has a 10 month-old baby girl, was rushed to the hospital for an illness a couple of days ago by his in-laws. But she died under treatment on Monday.

Following the death of the woman, her family members claimed it was a case of death due to dowry torture and not due to sickness and demanded an autopsy. As the in-laws of the woman quashed the allegation, a verbal duel erupted between the two sides compelling the hospital authorities to postpone the autopsy. The DHH authorities even suggested to the family members of the deceased to shift the body to SCB Medical College in Cuttack. The autopsy was carried out only after the woman’s family members called up Jagatsinghpur Collector, who intervened in the matter.

Meanwhile, Jagatsinghpur Police have arrested the husband of the deceased woman acting upon a complaint registered with it by her family members on Monday.