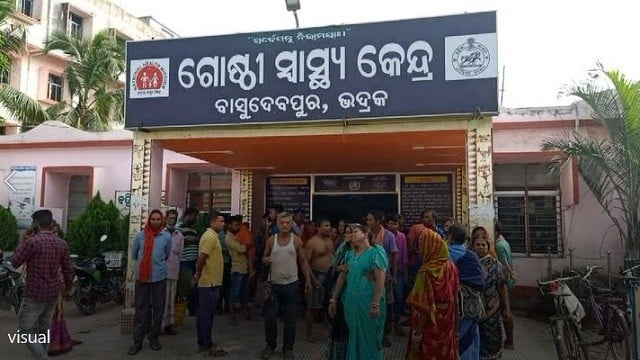 Bhadrak: Tension ran high at a hospital in Odisha’s Bhadrak district following the death of a minor boy allegedly due to a delay in treatment on Tuesday.

Three-year-old son, Anshuman, of one Sushant Kumar of Sudarshan village under Basudevpur block of the district, went missing this morning. After a frantic search, his family members rescued him from the village pond and rushed him to Basudevpur Hospital in a critical condition.

Unfortunately, the doctor was not there in the hospital due to which Sushant and his family members were worried about Anshuman’s health condition.

The boy had already died by the time the doctor reached the hospital after an hour. The family members alleged that Anshuman would not have died had his treatment begun on time.

On the other hand, the doctor claimed that the treatment of the boy started on time but sadly he breathed his last while undergoing treatment. Due to this, a heated argument between the medical staff and family members ensued.

Later, a team of police from Basudevpur, after getting information, rushed to the hospital and pacified the angry family members of the deceased boy. Cops also said to have started an investigation into the matter.