Even the temple administration had on November 23 filed a police complaint at Dhusuri Police Station against 33 sevayats. 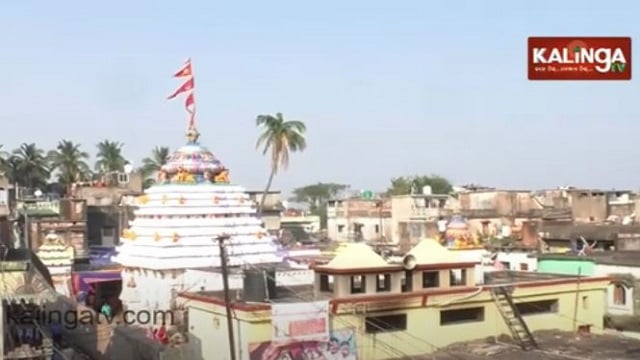 Bhadrak: Tension ran high at Akhandalamani Temple in Aradi of Odisha’s Bhadrak district after a sevayat stabbed another sevayat with a sharp weapon on Sunday.

The temple’s sevayat Tapan Padhi and his associate had a heated argument with Gadadhar Padhi, another sevayat at around 12 PM after the latter protested the former when he tried to facilitate some devotees’ entry to the sanctum sanctorum of the temple. Besides, he was forcefully collecting the offerings of the visitors. Their altercation turned ugly when Tapan and his associate attacked Gadadhar with a sharp weapon.

Soon, Gadadhar was rushed to the local hospital for treatment while cops detained the attackers for interrogation.

It is to be noted here that for a long time some servitors have been creating disturbance in the temple by violating the rules and regulations of the shrine and collecting offerings from the devotees.

Even the temple administration had on November 23 filed a police complaint at Dhusuri Police Station against 33 sevayats.