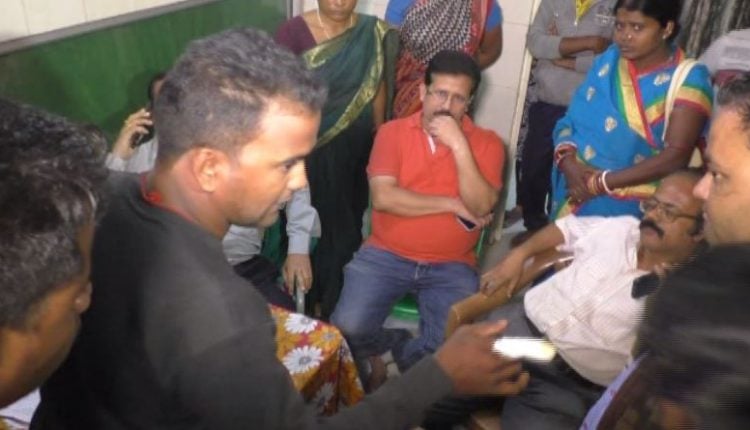 As per the report, family members of one ailing woman namely Swarnalata Mohapatra from Bankasahi village under Panikoili area had admitted her to Salandi Hospital for treatment last night. She was suffering from a uterus-related disease for which doctors later prescribed for surgery.

However, as per the allegation of the family members of the deceased, she succumbed on the operation table due to negligence of the doctors during surgery.

Irate relatives of Swarnalata held a protest at the hospital demanding action against the guilty doctors and later lodged a complaint at Bhadrak Town Police Station in connection with the incident.

“The surgery was continuing successfully but during the process, the condition of the patient started deteriorating at around 7.40 pm. She died of a cardiac arrest at around 8.10 pm. No medical negligence was made in the case”, said Prabhat Nayak, the doctor who carried out the surgery.

Police have started an investigation into the allegation.

Bengal bypoll: Trinamool, BJP, Cong lead in one seat each