Rayagada: Around 10 school students were injured as a staircase of a local school collapsed in Tikiri village of Kalyansingpur block in the district this afternoon.

Eyewitnesses said that the incident took place when the victims were watching the Bahuda Yatra on the staircase of the Tikiri Government High School. 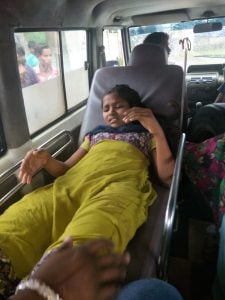 “A portion of the staircase collapsed and few of them fell on the ground. We immediately rescued them and rushed them to the nearest hospital,” said an eyewitness.

Later two of the critically injured victims were shifted to Saheed Laxman Nayak Medical College and Hospital in Koraput.