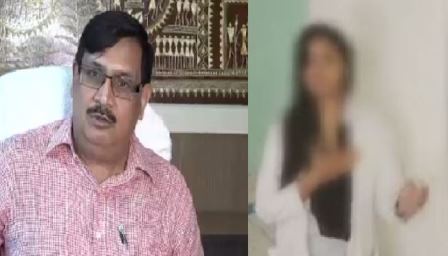 Puri: A day after a medical student levelled an allegation of molestation against policemen deployed at Gundicha Temple during the evening darshan on Sunday evening, Puri police on Tuesday formed a special team to probe the case.

According to Puri SP Sarthak Sarangi, a case has been registered in Kumbharapada Police Station and a special team headed by a sub-inspector has been formed to probe the case.

“Police have filed a case and gone to the house of the young girl to record her statement in the presence of a lady police officer. Action will be taken against those found guilty,” DGP KB Singh had said while speaking to reporters yesterday.

Singh also assured that CCTV cameras would be installed to avoid recurrence of such incident during the Suna Besha today.

Meanwhile, the mother of the girl posted a message on her Facebook wall urging police to close the case.

In a Facebook post on Monday, the student had alleged that some policemen on duty molested female devotees inside the Gundicha Temple taking advantage of the heavy crowd on Sunday. She also claimed to have slapped one of the security personnel thrice.