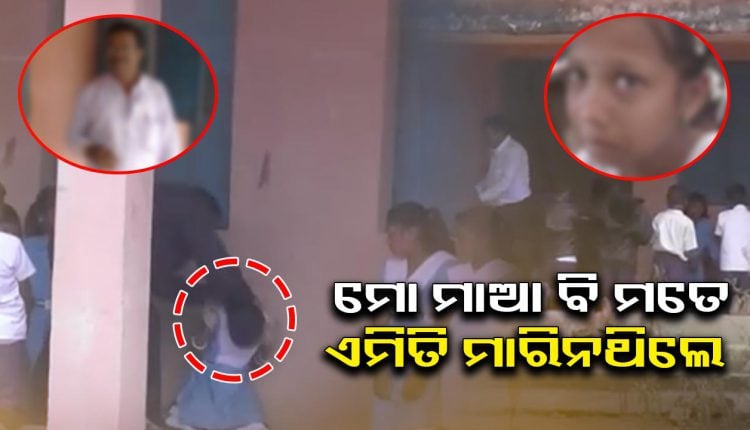 Keonjhar: A teacher was suspended after mercilessly thrashing students of his school with sticks here in Odisha. The incident took place at the Pitatangara UP School under Harichandanpur block of the district.

Kalinga TV got the exclusive visual of the teacher beating the students who are seen knelt down at the school verandah. The teacher has been identified as Rati Narayana Rout.

As per reports, the teacher asked a few questions to the students which they failed to answer. Hence he asked about 15 students to kneel down in the Verandah and started mercilessly thrashing them with sticks.

Although the kids cried with pain the teacher did not paid attention and went on beating them up mercilessly. The girl students narrated their ordeal to Kalinga TV with tears in their eyes.

Asked about the matter the BEO said that he would visit the school to enquire the matter and then will take action. As per the updated reports, the teacher was later suspended.