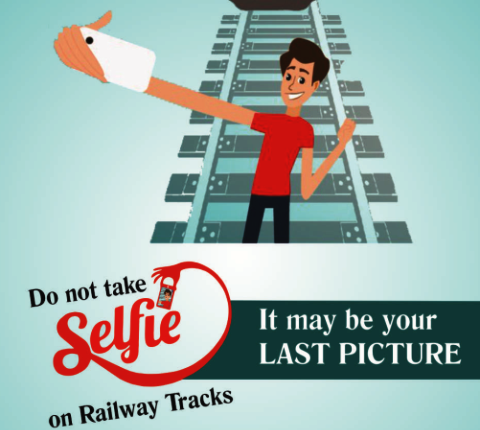 The ECoR has also decided to start a massive awareness drive to sensitise people especially youths in this regard.

“It is seen that, in many cases, youngsters like to take selfies by riding on the rooftop of trains or on train engines or near railway track when the trains are approaching without realising the danger to their valuable life. It is also seen that, after repeated horn blowing by the train pilots, the youngsters taking selfies are not moving to a distance from the railway track,” said an official.

Railway officials said that the trains move faster than they appear to be. “The Over Head Equipments are charged with very high voltage of electricity in the portion close to the roof of the train or train engine. So we urge people not to endanger their lives by climbing the top of trains to click photographs,’ added the official.

Earlier in September 2016, a Bhubaneswar based engineering student was critically injured when he came in contact with a live wire while taking a selfie on a train boggy at the goods shed near Mancheswar. The victim Subhendu Naik had sustained 60 percent burn injuries on his body.