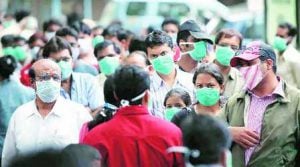 Cuttack: With one more death reported at SCB Medical College Hospital here, the death toll due to Swine Flu toll jumped to 18 in the state on Monday.

The deceased has been identified as Silabala Das of Bhubaneswar. She had been admitted to the Swine Flu isolation ward in the hospital a couple of days ago.

One Koili Barik of Jajpur district had also breathed his last earlier today.

With the fresh death, SCB has so far witnessed five causalities due to the vector-borne disease whereas 227 people have been detected positive with H1N1 virus. Eleven swab samples tested positive on Sunday.