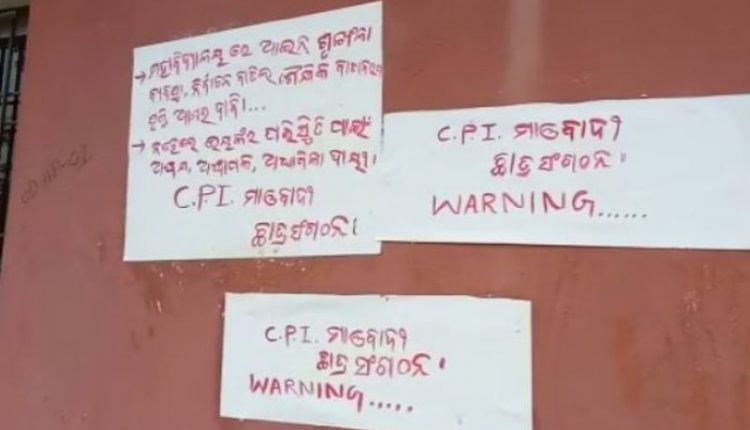 Balasore: Tension prevailed in Nilgiri College in Balasore today morning after a number of posters suspected to be put up by Maoists surfaced on its premise.

The posters written in red ink and claimed to be released by a student union affiliated to CPI (Maoist) group severely criticised the college authorities’ decision to cancel the students’ union poll.

That apart, coming down heavily upon the administration and staff of the institution over the issues like deteriorating law and order situation in the college, downgrading of academic environment the posters warned them of dire consequences.

While Nilgiri police have reached the spot and seized the posters, the authenticities of those are being examined.

Also Read: Train Service Hit In Several Parts Of Odisha Due To Waterlogging