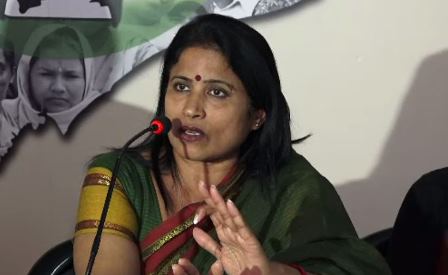 Bhubaneswar: Sulochana Das, who left Congress after feeling ‘suffocated’ to join the BJD a few weeks ago, was appointed spokesperson of the ruling party on Sunday. She was also the spokesperson of Odisha Congress before joining the BJD.

The BJD declared the names of its new spokespersons and panelists.