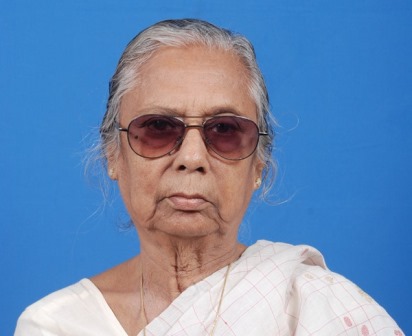 Berhampur:  Kabisuryanagar MLA V. Sugyan Kumari Deo on Thursday rejected speculation in the social media about her retirement from politics.

Putting at rest all talk on her retirement due to old ager, Deo said that she would remain active in politics till her health permits.

“Reports in the social media on my retirement from state politics is false. I will continue to contest elections and will be active in Odisha politics till I am physically fit,” said the eldest MLA of the state.

The queen of Khalikote is now celebrating her 80th birth anniversary. On this occasion, a four-day long celebration is being organised by her supporters.

It was assumed that the nine-time MLA would announce her retirement from active politics and would not contest in the 2019 general election. A report in this regard also went viral on social media.

Deo has been elected to the Assembly from Khalikote constituency seven consecutive times. However, she has been representing Kabisuryanagar since 2009 after the delimitation of constituencies. She is considered to be a role model for women in Odisha.