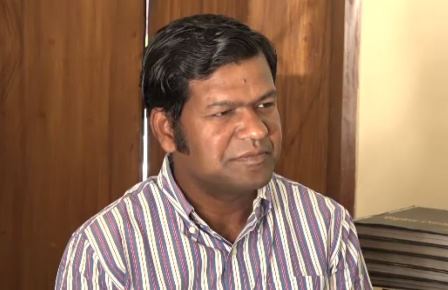 Puri: After staging a three-day long dharna against pollution at the Banki muhana beach, leading sand artist Sudarsan Pattnaik on Tuesday wrote to Prime Minister Narendra Modi appealing to him to set up waste water treatment plants on the coastline across the country.

The Banki muhana beach was cleaned up by the state government after Pattnaik fasted for three days to press his demand and was hospitalised. The government also announced that it would set up a sewage treatment plant at the beach.

In his appeal made on Twitter, Sudarsan said that most sea beaches along the coastline get polluted as the drainage water goes to the sea directly. Thus, there is a need for establishment of treatment plants on coastlines which would save the beaches and the ocean.

“Hon’@PMOIndia @narendramodi sir, In most of the coastlines of our country, the drainage water directly goes to the sea. My humble appeal to establish waste water treatment plants in such places. #SaveOurOcean #Saveourbeaches,”appealed Sudarsan in his Twitter message.