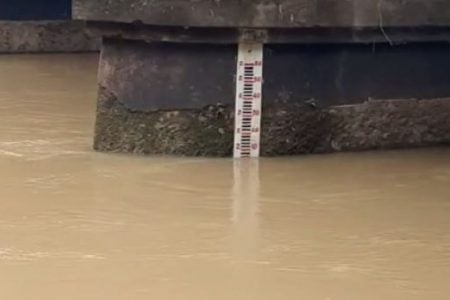 Bhubaneswar: Incessant rains triggered by low pressure over Bay of Bengal and crossed the north Odisha coast have resulted in floods in Subarnarekha and Jalaka river.

As per reports, Subernarekha river is flowing at 9.46 metre near Rajghat at 6 am, the water level in the river is at 9.68 metre.

The families residing in the low lying areas have been alerted. The people who are living across river are in panic state as the embankment condition is very weak.