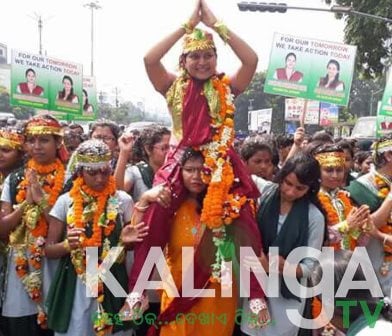 Bhubaneswar: Verification of nomination papers filed by aspiring candidates for the students’ union elections this year concluded at different colleges and universities across Odisha on Saturday.

The verification was conducted by the authorities of the respective educational institutes from 2 PM to 4 PM after the filing of nominations papers by the aspirants.

The aspiring candidates filed their nomination papers between 9 AM and 12 PM today amid sloganeering and rallies by their supporters.

According to reports, filing of nomination was a generally peaceful affair except Alarnath Vocational College in Brahmagiri and Dhamnagar College in Bhadrak, which were closed sine die following student unrest.

The final list of candidates will be declared on September 18 while the ‘What I stand for?’ meeting will be held on September 22.

Voting for the student union elections are slated for September 23 and results will be announced the same day post the counting of votes.