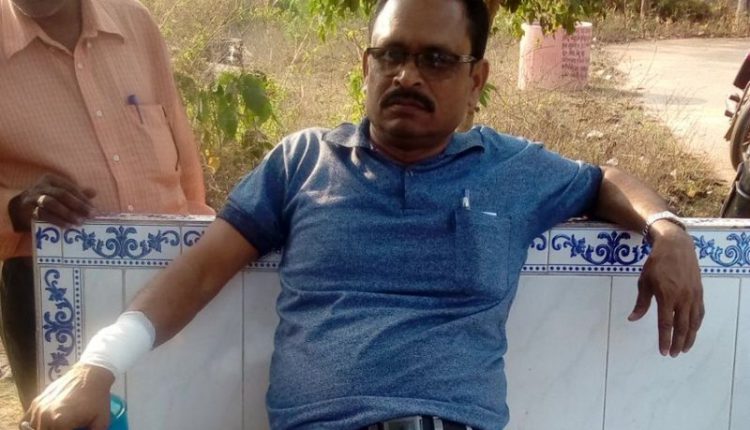 Konark: In a shocking incident, student of a junior college hacked his lecturer with a sharp knife at Nayahat of Puri district on Wednesday.

A Plus Two first year Arts student of Nayahat Junior College allegedly hacked his English lecturer with a knife as the latter had reprimanded him yesterday for coming to the college sans uniform.

The lecturer, who has been identified as Ratikant Dash, has been admitted to the hospital with grievous injury on his right hand.

The accused student, hailing from Niali area, attacked Dash while he was going to the college and fled the spot.

Sources said that the local police have registered a case over the incident after principal of the college lodged a complaint.

While a search operation has been launched to arrest the absconding student, police have been deployed on the premises of the college to maintain law and order.