Student among 6 killed in 3 road accidents 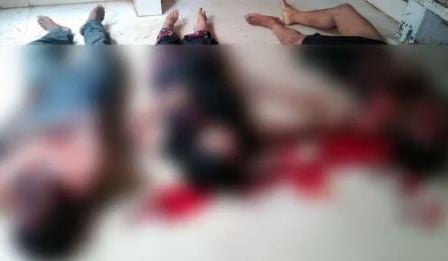 Bargarh/Keonjhar/Jajpur: At least six persons, including a school student, were killed in separate road accidents in different places of the state on Tuesday.

In the first incident, three persons were killed on the spot and two others were severely injured when a car (OD-17 G-2204) in which they were traveling in skidded off the Jharmunda pole under Paikmal police limits in Bargarh district.

The deceased were identified as Debendra Sahu, Naresh Barik and Basanti Barik. The injured persons, identified as Chitta Barik and Narayan Barik, have been admitted to the Padampur hospital.

They were returning to Padamapur from Bhubaneswar after visiting different pilgrimage sites.

All shops and business establishments in Jharbandh Block of the district were closed following the tragic death of the trio.

In the second such incident, two drivers of two different trucks were killed on the spot after their vehicles collided head-on at Satkosia ghat on the borders of Keonjhar and Mayurbhanj districts.

According to reports, the accident took place when a truck on its way to Chandikhol from Rairangpur dashed with another rice-laden truck, which was coming from Karanjia.

Rabi Naik of Bhadrak and Ramesh Rout of Rairangpur were the deceased drivers.

The helpers of the trucks were initially admitted to the Anandpur hospital but were later shifted to SCB Medical College and Hospital in Cuttack.

Irate locals staged a road blockade near the Military Chowk in Jajpuir following the death of a school student, who was killed after a truck hit him while he was going to the school this morning.