Strict Traffic Rules to be implemented from tomorrow in Odisha 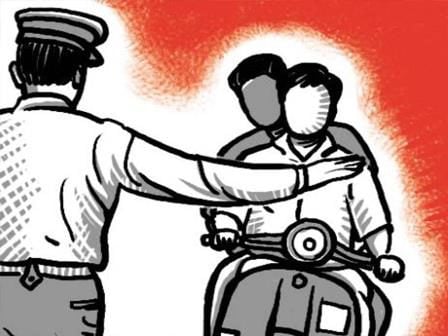 Bhubaneswar: Stricter traffic rules of the amended MV Act will be implemented in Odisha from tomorrow. Odisha Transport Department is gearing up for strict enforcement of the new MV Act guidelines from March 1.

In 2019 the Motor Vehicles (Amendment) Bill, 2019 had been passed in the Parliament to tighten road traffic regulations in an attempt to improve road safety.

Chief Minister Naveen Patnaik had directed a relaxation on traffic enforcement for a period of three months and asked the people to keep their vehicle documents including Driving License ready within the period.

Later, as many people could not prepare their documents despite their effort, the rule was further relaxed for another 3 months. Of course, this three month relaxation had been provided so that people can complete the process of making their documents like driving license, pollution certificates etc.

The decision had been taken keeping in view the rush at regional transport offices and pollution under control centres for driving licence, registration and pollution certificates across the State.

Wearing helmets for pillion riders and using seat belts for occupants in four-wheelers will be mandatory in Odisha from March 1.