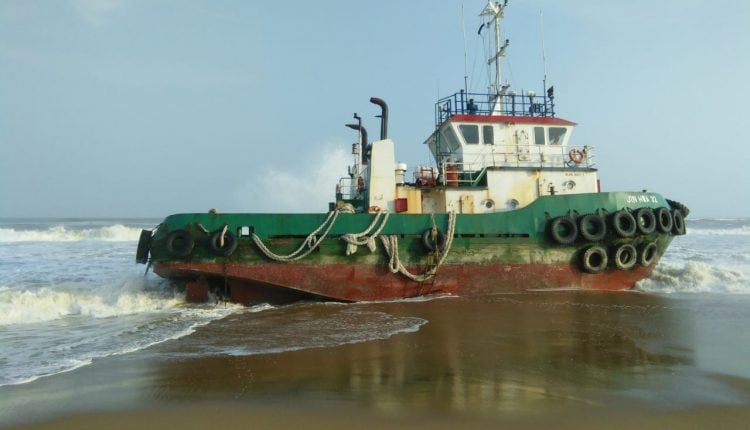 Bhubaneswar: The Indian Coast Guard authorities have apprehended the stranded Malaysian cargo ship of posing threat to the ecosystem of the Chilika lake.

The ship with total10 crew members including nine Malaysian and one Indian citizen was veered off its sea route towards the coast near the Chilika lake due to disturbed sea.

The ship was carrying a consignment of iron ore and other minerals from Malaysia to Bangladesh and was heading to Vishakhapatnam when it was trapped in the storm.

Bus Service Disrupted In Gajapati Due To Agitation By Bus Employees