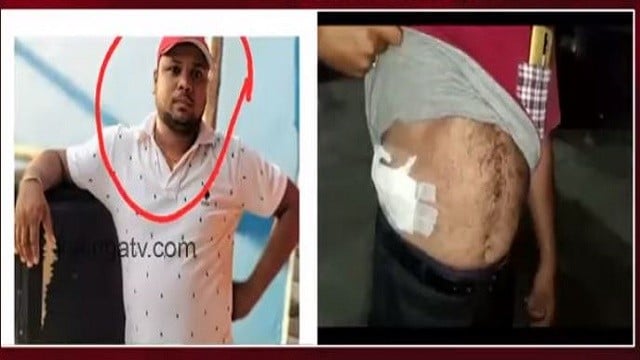 Balasore: A group of stone mafias launched a murderous attack on a Kalinga TV Journalist in Odisha’s Balasore district on Friday.

Tehsildar of Khaira reportedly seized a stone-laden truck for illegally carrying out stone mines. On being informed about the seizure of the stone-laden truck, Kalinga TV’s Soro reporter, Kailash Chandra Das, rushed to collect information.

However, as soon as Kailash Chandra Das started taking video of the incident, the stone mafias got angry and launched a murderous attack on him. Kailash sustained grievous injuries on his stomach and legs.

A case has been filed at Khaira Police station by the reporter over the matter.

Meanwhile, members of the Balasore Journalists Association demanded the arrest of the accused persons.