Bhubaneswar: The state-level Independence day parade will be held at Exhibition Ground instead of the Mahatma Gandhi Marg in the state capital, informed Police Commissioner Satyajit Mohanty today.

“Elaborate security arrangements will be put in place for smooth management of traffic to the parade venue,” said Mohanty. 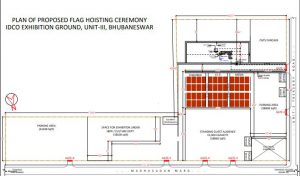 Police said that the new venue could accommodate around 20000 spectators. “The venue has large vacant spaces for parking of vehicles. Besides adequate temporary toilets will also be set up at the venue,” said a police official.

Minor boy rescued after five years of abduction in Rourkela