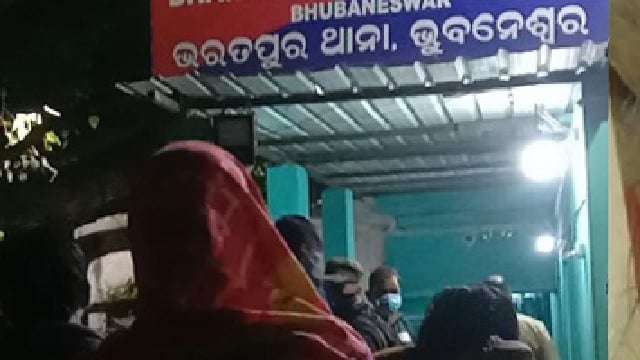 Bhubaneswar: A person has been detained by the Bharatpur police under Bhubaneswar Urban Police District (UPD) for his involvement in the rape of an Odia starlet, who is a minor girl, in the outskirts of the Capital city recently.

According to reports, a team of Bharatpur police also visited the crime scene and seized a towel, a pillow, police uniform, and other incriminating evidence. A search operation by the cops is also underway to trace and arrest the prime accused in the case.

As per the complaint filed by the minor girl, one Bishnu of Baramunda area had reportedly taken her to a temple in the Bharatpur area for shooting a video. He allegedly tied her hands and legs with ropes saying that it was a kidnapping scene. When she protested this, Bishnu reportedly beat up her.

Later, one Suraj Biswal, who was acting in the lead role, allegedly raped the minor girl forcefully day before yesterday. He also filmed while raping the girl and threatened her to make the video viral if she informs about this to anyone.

Centre seeks clarification over setting up of Legislative Council in Odisha