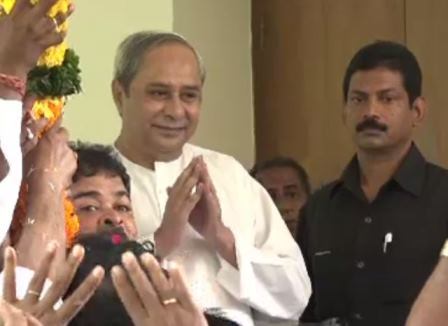 Bhubaneswar: Hundreds of employees of 110 urban local bodies (ULBs) from across the state thanked Chief Minister Naveen Patnaik for the implementation of 7th Pay Commission recommendations here on Wednesday.

The enthusiastic employees of the urban civic bodies met Patnaik at his residence Naveen Nivas under the leadership of Bhubaneswar Municipality Corporation (BMC) Mayor Ananta Narayan Jena and thanked him for implementation of the recommendations.

On August 29, 2017, the Chief Minister had announced the much-awaited implementation of 7th Pay Commission recommendations with effect from September 1, 2017.

The state government will bear an additional annual expenditure of about Rs. 4500 crore due to the implementation of the 7th Pay Commission award.