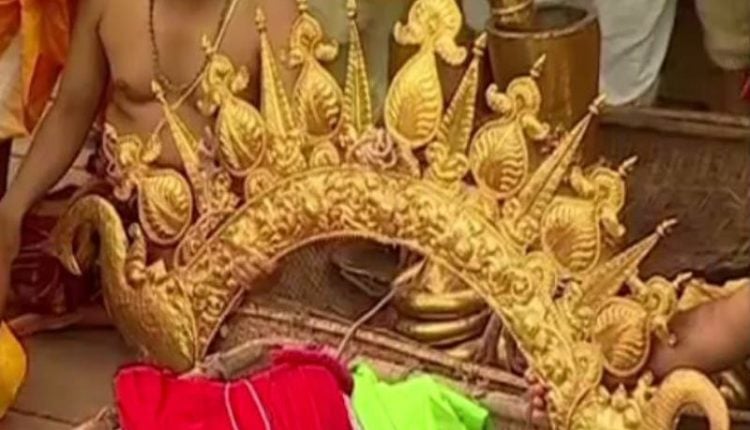 Puri: The Shree Jagannath Temple Administration (SJTA) and Ratna Bhandar Sub-Committee on Monday clarified that the Ratna Bhandar, the chamber containing Lord Jagannath’s treasure trove, will be opened only after taking the Odisha government and the Chattisa Nijog into confidence.

Even the inspection of the inner structural condition of Ratna Bhandar will be done only after consulting the state government and Chhatisa Nijog. Decision to this effect was taken during the Ratna Bhandar Sub-Committee meeting yesterday evening. Shree Jagannath Temple Administration (SJTA) Chief Administrator Pradeep Kumar Jena had chaired the meeting.

“People should not fall prey to any confusion over the opening of the Ratna Bhandar. The ASI team will only assess the structural condition of the chamber as per the instruction of the Orissa High Court and there is no intention whatsoever to inspect any articles or other things inside Ratna Bhandar,” said the SJTA Chief Administrator while speaking to the reporters after the meeting.

“Besides, the Standard Operating Procedure (SOP) will be followed while entering Ratna Bhandar,” he added.

However, the Archaeological Survey of India (ASI) will continue the inspection of the outer part of the Ratna Bhandar from the Jagamohan and Navikata Mandap.

The ASI team member Himadri Bihari Ota informed that the structural condition of Ratna Bhandar appears fine from outside. The ASI has been directed by the Orissa High Court to conduct the inspections.