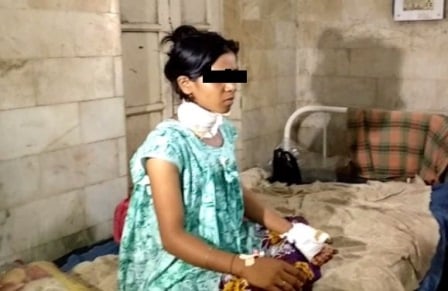 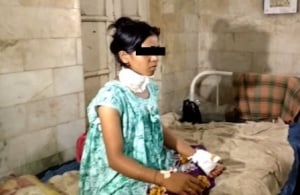 Balasore: In a gruesome incident, a man in Swalagaon village allegedly tried to kill a girl by slitting her throat after she spurned his amorous advances. .

Parsuram Biswal, who stalked a girl of Tentei village under Soro police limits, entered the house of the victim late on Monday night and kidnapped her while she was asleep.

After taking the girl to a distant place, he tried to kill her by slitting her throat and hands with a knife. However, he fled the place after the girl overpowered him.

The victim, who sustained grievous injuries on her neck and hands, is undergoing treatment at the Balasore district headquarters hospital.

An investigation has been initiated by the local police.