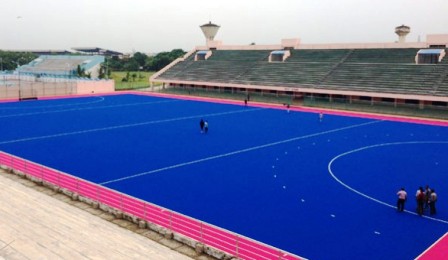 Bhubaneswar: Sports and Youth Services Department is hopeful of hosting FIH Men’s Series Finals scheduled to be held next month despite the damage caused to the hockey stadium in the severe cyclone Fani.

A team of the department today assessed the infrastructure of the hockey stadium and found minor damage. The team also observed tears at few places on the synthetic turf.

Docu-film ‘Listen To The Sea’ to show impact of…

“We are working relentlessly to restore it. A team of Hockey India along with technical experts was in the city to inspect the stadium and the turf for the upcoming FIH Men’s Series Finals. Further action will be initiated after their evaluation and we are hopeful of hosting the event as scheduled,” said Dev.

Child’s behaviour could be result of a brain tumour