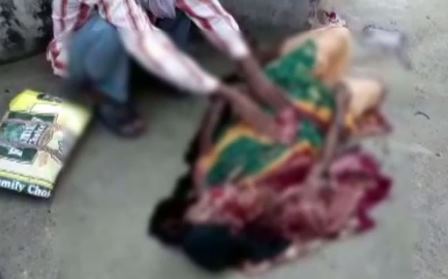 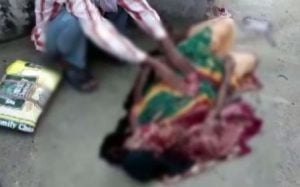 Boudh: In a heart wrenching incident near the Manamunda Community Health Centre (CHC) under Kantamal block of the district, a pregnant woman died after being run over by a speeding car on Sunday morning. The incident occurred while the victim was waiting in front of the hospital after check-up.

The deceased has been identified as Dhaneswari Danti, a resident of neighbouring Dhungiapadar village.

Reports say Dhaneswari was shifted to the Manamunda CHC by her family members after she reported labour pain in the morning today. She was waiting at the main entrance of the hospital after a consultation with the doctor when a speeding car coming from Sonepur side lost control and mowed her down. Dhaneswari died on the spot.

Angry locals staged a road blockade on the Khurda-Bolangir NH 57 by burning tyres demanding suitable compensation to the kin of the victim.

Manamunda police reached the spot immediately after the incident and took the driver of the car into custody. Police was still trying to pacify the angry locals when this report was being filed.