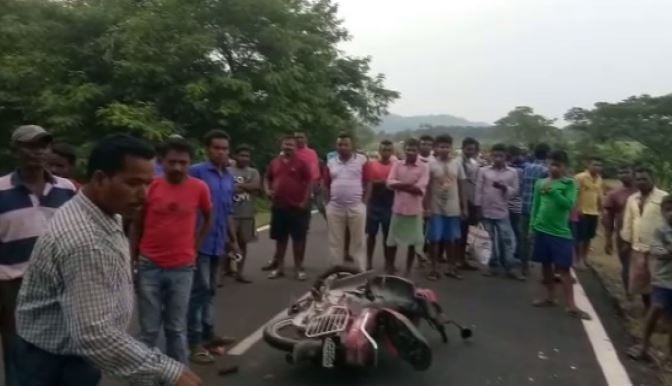 Keonjhar: A youth was killed after his scooter was hit by a speeding soft drinks-laden mini truck on Kukurakata bridge near Dehuripada village under Ghatagaon police limits in Keonjhar district last night.

The deceased has been identified as Kirtan Mahakud of Dehuripada village.

Kirtan who had been to Barahatipura village in some work last evening was returning to Dehuripada on his scooter when the crash took place. On Kukurakata bridge driver of the soft-drinks laden mini truck (Registration Number- OD 02 BC 0271) which was heading to Harichandanpur from Dhenkikot lost control over the wheels and ended up hitting Kirtan’s bike.

Kirtan died on the spot after sustaining grievous injuries in the crash.

As the accident news spread locals staged a road blockade on Kukurakata bridge demanding action against the guilty driver and compensation for the family of the deceased.

Local Police rushed to the spot of late and send the body for autopsy after seizing both the vehicles involved in the crash.