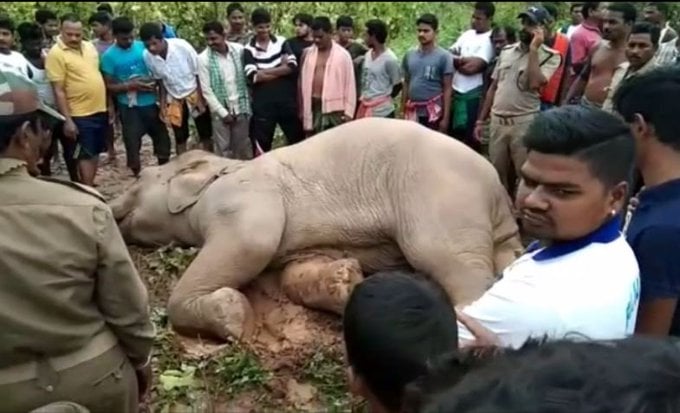 Cuttack: Triggering an alarming situation in terms of elephants getting affected with Herpes virus another elephant was recovered sick from the roadside near Chandaka Forest area here today.

As per the report, some locals in Banra area close to Chandaka-Dampara sanctuary found the jumbo lying on the roadside this morning and informed forest officials.

Later a team of officials accompanied by Veterinary doctors reached the spot to treat the jumbo which is said to be aged around 12 years.

While the cause of the sickness of the jumbo is yet to be ascertained, it is being feared that the animal might have been affected by Herpes virus.

Notably, a male elephant ‘Chandan’ aged about 10 years had passed away in Nanandkanan Zoological Park two weeks ago. The animal was suffering from reduced appetite, nasal discharge and swollen glands common in Herpes virus infection.

Priyanka and Kareena have a ‘face off’ on show set