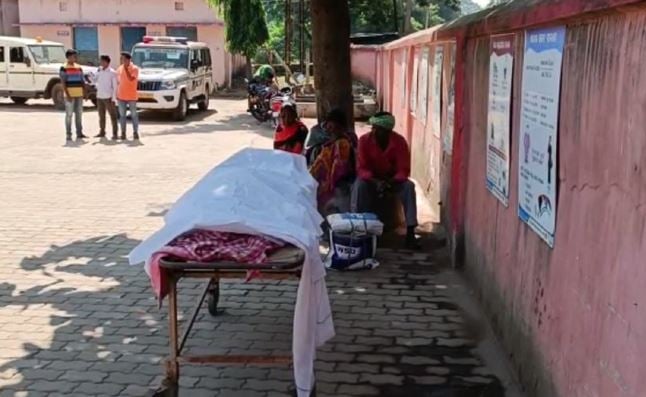 Sundergarh: In a shocking incident, a youth reportedly beats his father to death over an argument for a missing goat in Ganighasa village under Lahunipara Police station limits here in Odisha on Monday.

The accused son has been identified as Akash Munda and the deceased father as Bhuban Munda.

According to reports, Akash had gone to the nearby jungle for goat herding.

Later in the evening, Akash returned home and his father started  the counting of the goats. After counting, Bhuban found out that one goat was missing from the herd.

Enraged over the fact, Bhuban started scolding Akash, soon the situation turned into a heated altercation.

Out of temper, Akash took a bamboo stick which was placed inside the room and thrashed it on his father’s head.

As per reports, Bhuban got critically injured from the attack by his son . Soon the local people rushed him to  Lahunipara  hospital for treatment. However he died while undergoing treatment, said sources.

In the meantime, the police was notified about the incident and he was arrested by the police for killing his father. Accordingly, the police has initiated a further probe into the matter.

The villagers are in a sense of shock after the son killed his father over an altercation and deeply detested the incident.