Shocking! Man Beats Up Elderly Widowed Mother For Speaking With Sisters Over Phone In Odisha Cuttack: In a shocking incident, a man reportedly thrashed his elderly widowed mother after she spoke with his sisters over the phone at Lunahara village under Salepur police limits of Odisha’s Cuttack district.

One Hiramani Behera was staying with her only son Harekrushna Behera for the last 10 years after the death of her husband. However, her son and daughter-in-law allegedly used to torture her both physically and mentally.

Harekrushna crossed all the lines today as he thrashed Hiramani after finding her speaking with his sisters over the phone. He beat her up thinking that she was informing them about the way she was behaved by him and his wife. Harekrushna also allegedly threatened Hiramani to kill her. 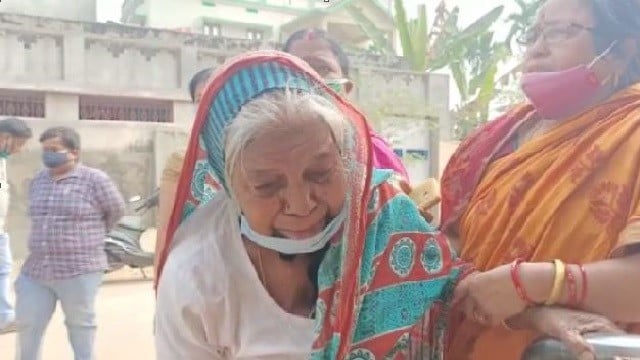 The matter came to light only after Hiramani managed to go to the Salepur police station and filed a complaint in this regard.

The cops, based on her allegation, have started an investigation into the matter.