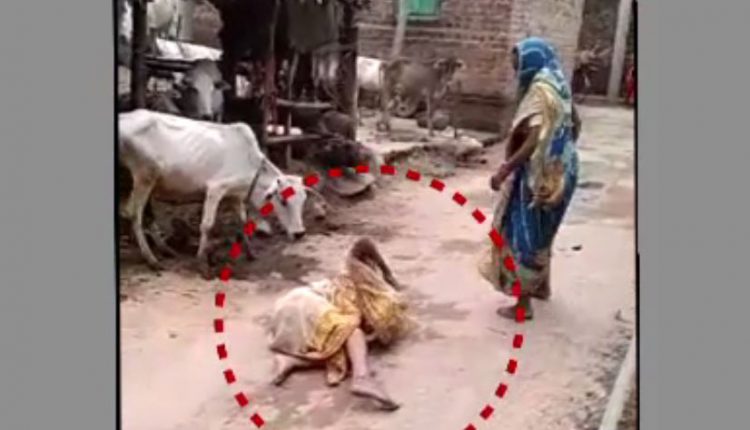 Dhenkanal: In a shocking incident a 82-year-old woman was dragged and assaulted by her daughter in law in Mundeilo village under Parjang police limits.

Though the incident reportedly took place a few days ago, it came to light after a video of the entire incident went in viral on social media.

Police have lodged a case taking suo-moto cognizance of the incident. Police said that they are trying to trace the daughter in law who has absconded.