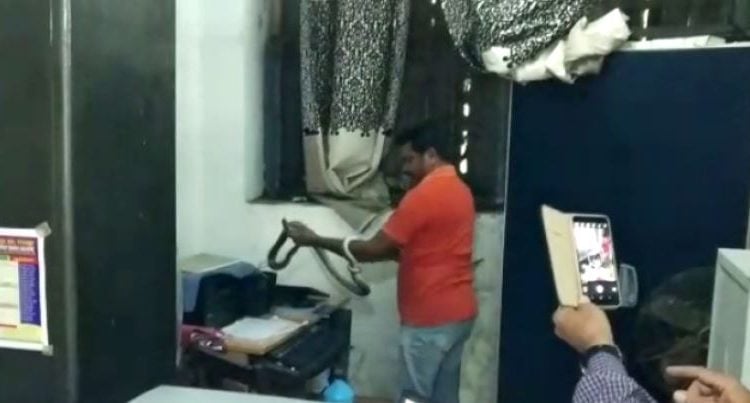 Balasore: Panic gripped the office of the Fakir Mohan Junior College in the district and a seven foot long rat snake was found in the office this morning.

The reptile was first spotted by few staffs of the college who started running for their lives. “Most of us were not aware of the type of snake. Everyone thought that the snake was venomous so no one dared to go near the snake,” said a staff member.

Later members of the Snake Helpline were informed who reached the spot and rescued the snake. The snake has been released in the natural habitat.

Schools, educational institutions to reopen in Kashmir valley from August 19